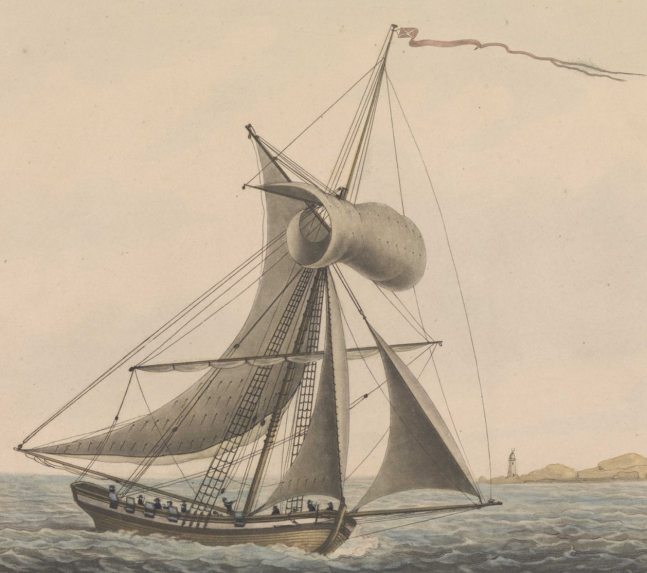 Every year in the eighteenth century thousands of men and women were sent to prison by their creditors. Estimates vary considerably though roughly three in every five thousand people (or one in every thousand adult males) were imprisoned each year. The majority settled their debts relatively quickly though, amongst the mass of delinquent prisoners, lingered a minority of who could never pay their debts. These genuinely insolvent debtors were not doomed as they could usually take advantage of one of the Insolvency Acts passed by Parliament across the period, which offered release in exchange for the sacrifice of all remaining property. While those who applied suffered both significant reputational and financial damage, it was frequently their only option and did not prevent them from ultimately returning to the hurly burly of English commerce.

From 1720 applicants were required to list themselves along with their occupation and address in the London Gazette, the nation’s paper of record. Over the last few years I’ve been slowly building a database of applicants currently consisting of about fifty thousand debtors. While I’m predominantly interested in the collective data, many of the individual debtors (despite the scant information gleamed from the Gazette) have stories worth telling such as in my previous post on John Kirby who rose from debtor cleared by the Act to keeper of that same prison. Kirby is someone I’ve been interested in for a long time, however. This then is the first of a series of occasional posts I’m calling “Insolvent Lives” where I take a name that stands out to me but without existing knowledge of their life and attempts to produce a short biography of them which will hopefully reveal, as best as possible, their story before and after imprisonment providing a sense of the diversity of experiences which brought people into and out of contact with the debtors’ prison.

Charles Papps Price was baptised on the 4th December 1750 in Hay-on-Wye in what was then the Welsh county of Brecon. His father Rice Price was a successful mercer – a trader in textiles – who had married Sarah Papps two years earlier, taking on apprentices as he settled into some provincial comfort. However, the Prices were not to enjoy this success for long as though Rice was styled a ‘gentleman’ by January 1753 this rank was only noted as Rice was being buried.[1]

Probably due to the loss of his father, Charles was dispatched to the Navy sometime after 1760. Whether he went to the Royal Naval Academy or straight to sea as a midshipman is unclear and the Naval Chronicle of 1813 recorded of him only that he ‘at a very early age entered the service’. Either way, his career progressed slowly. His promotion to Lieutenant in 1778 was late; the path to this rank did require at least six years of service at sea, the passing of an exam, and waiting for a suitable commission to open though few were still waiting at 28. In a study of those taking the exam in 1790, the overwhelming majority were aged between 20 and 23 and usually waited around two years before appointment suggesting Price was either unusually old when taking the test or experienced a significant delay in appointment. Subsequently his career appears to have stalled as despite the Chronicle claiming in his obituary that ‘he continued actively employed with honour to himself and benefit to his country’, his rank remained unchanged for twenty years.[2] In the 1790s (when admittedly the rate of promotion was high), Lieutenants who saw action usually reached the rank of commander within ten years whilst the remainder still usually waited less than fifteen years.[3] Richard Woodman claimed in 2001 that Price was ‘an officer without interest’ and ‘a coarse man’ suggesting that finding himself still a Lieutenant at the age of 48 was a fault of his own behaviour.[4] This description seems somewhat unwarranted however, and it is probable that Price was simply unlucky in the service, coming up in peace time when many officers experienced regular unemployment and opportunities to distinguish oneself were rare. Additionally, Price, a Welsh orphan from a trade background, probably lacked the essential social connections necessary to ensure swift promotion.[5]

During the peace, Charles appears to have lived in London where he married Sarah Hervey in 1783 with whom he had three daughters and three sons. He remained in the Navy though in what capacity is unclear; he may have been unemployed on half pay during some of this period as he was briefly imprisoned for debt in Newgate Gaol in 1791.[6] War with France brought the chance for ascent but for Price this still proved gradual. In August 1795 he assumed command of the HMS Badger (a Hoy purchased from the Dutch in 1794) after its previous officer, Lieutenant Lewis Mortlock, took control of a newly captured French brig. The contrast between the two men was stark. Mortlock was much younger than Price – having been made a Lieutenant in 1794 – and advanced much more quickly, becoming the Captain of HMS Wolverine in 1798. His potentially glittering career was cut short when he was mortally wounded in battle against the French in January 1799, his actions having ‘raised the character of the British Navy to an unprecedented height of fame … he died as he had lived, a hero’.[7]

As Mortlock ascended, Price remained in command of the Badger, a small four-gun sloop, an unremarkable and inglorious post. He was also appointed Governor of the Îles Saint-Marcouf off the Normandy coast which had been under the purview of the Badger since they were seized by Captain Sir Sidney Smith earlier that year. This was far less glamorous than it appeared on paper. The two tiny islands were uninhabited at the time Smith laid claim to them, remaining so today apart from a deteriorating fortification installed by Napoleon in 1802 and several thousand sea birds. Now a nature reserve, the islands are only otherwise historically remarkable for being the first French territory liberated in June 1944.[8]

In 1795, St Marcou (as the islands were called in England) possessed some strategic importance particularly as a base to oversee attempts to invade England and as an opportunity to harass French shipping. Within three years it was claimed that ‘the considerable trade … of the whole bay’ had been ‘entirely destroyed by the large boats manned from these islands’.[9] Importance did not always equate in this long naval conflict to opportunities for glory and while Price was later commended for ‘patiently residing on this rock’ and ‘never quitting his post … to see an amiable wife and six fine children’, he kept himself busy with a prostitute he had brought over from Portsmouth.[10] Nor was he alone in finding the island a miserable existence – after only a few months guarding the island the crew of the Shark, a similar sloop to the Badger, mutinied and defected.[11] Charles did, however, mix the dull work of protecting a barren rock and keeping it supplied by the mainland with occasional moments of excitement, commanding the seizure of several small French ships aboard the Badger.[12] He was also present when an initial attack was made upon the islands in September 1795 though it could not have prepared him for the events of May 1798.

Tired of the constant attacks upon trading vessels in the region and anxious to test their plans for a potential invasion of England, the French made plans to recover the islands with overwhelming force. While there were perhaps five hundred marines and sailors under Price’s command on the islands which he defended with seventeen cannons, the French (according to the British press) brought ‘53 gun-vessels and flats, with from 7 to 10,000 troops embarked’. Later estimates suggest half as many soldiers though Price’s men were still massively outnumbered not least by French artillery: ‘the gun-vessels had from 3 to 12 pieces of cannon each’. However, as the French rowed into range the small boats were devastated by even the motley collection of British armament, particularly from the marines stationed atop the cliffs. The French lost ‘1200 men, while on our side we had only one marine killed and two severely wounded, and one seaman lost his leg’. Whether he truly deserved it, much of the praise landed on Charles’s shoulders. Though some accounts asserted that ‘the whole of the officers and men … deserve every praise that can be bestowed upon them’ other commentators focussed solely upon the ‘skill and activity of … Price, … a veteran seaman … Unassuming and of course but little known … [it is] our sincere wish … that it may not be long before his active services are adequately rewarded’.[13]

Nearing fifty, Charles Papps Price was finally promoted to commander and then to Post Captain. He remained aboard HMS Badger in the following years and began to receive a portion of recognition. In 1800, Badger made her final capture. Price organised a cunning feint with marines in row boats being covered by fire from the larger ships which forced the ‘Le Victoire privateer’ to shore. There, Price’s men ‘boarded her under the fire of several hundred musketry and towed her off’. Charles concluded in his report that, being ‘quite new in appearance’ she was ‘the completest boat for the service of the islands that possibly could be constructed’. The whole had been achieved again with remarkable loss of life on Price’s part: ‘I am happy to find so small a loss as my gunner’s mate, Joseph Silk, wounded by a musket ball in the shoulder’.[14]

With temporary peace in 1802 the islands were returned to France and HMS Badger was sold. Again, Charles’s fortunes were governed by decisions far outside of his influence. It is not immediately clear what happened to Price though, living in what is now Hounslow and still relatively rural, he was arrested for his debts c.1804-6. The loss of his command and his less than voluntary decision to ‘relinquish the active duties of his profession, and retire upon half pay’ (an income which he like many veterans found insufficient) made it impossible for him to pay his debts, taking the Insolvency Act in 1806.[15] However, Charles was not destitute and had been able to move himself to the King’s Bench prison in Southwark which housed the pinnacle of the debtor class, offering comfortable rooms and clean air rather than the crowded wards of central London. While this was not the retirement of which he had probably dreamt, he was still in a far better state than the ordinary seamen who had served under him.

After his release he continued to style himself as ‘Captain in the Royal Navy’ such as at the marriage of his daughter in 1809 though he never served actively after 1802. After his release from debtors’ prison he retired to Hereford near his place of birth, dying in the town in 1812.[16] His career lacked the glory – save for one May morning – of many officers his junior and he ended his days in relative provincial anonymity, still smarting from the shame of debt imprisonment and insolvency. However, whether Charles was the ‘coarse man’ Woodward depicted or not, he was able through unglamorous service to provide for his family and lived to see them established in the world. All three of his sons followed him into the Navy, listed in his obituary as ‘the eldest being a post-captain, and equally distinguished for gallantry and skill in his profession and estimable qualities in private life; the second a lieutenant, and the third a midshipman’.[17] George, the eldest, went on to great success and hopefully the comparative ease of this ascent brought comfort to Charles whose own career had been much more hard won.

(All images used lie in the public domain)